This is a simple project to control the level of water in an overhead tank. The peculiarity of this project is that it can detect up to 9 water levels when compared to the standard version of water level control. 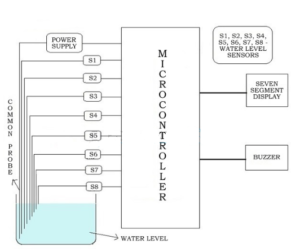 A stable 5V power supply is fed to the microcontroller circuit. 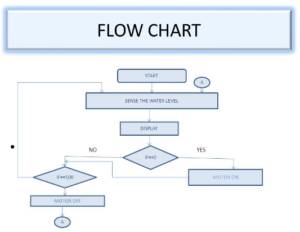 Write a  C program to swap two variables without using the third variable.

Here is the source code of the C program Swap two variables without Using the third variable. The C program is successfully compiled.

Energy can neither be created nor destroyed. It can only be converted from one form to another. Therefore it must be saved efficiently and utilized to its utmost potential.

We see the application of street lights every night making our city look colourful every night. The light energy emanating from these light should be used efficiently in order to save energy.

On our planet earth the resources available naturally are depleting gradually very day, so we must look for secondary options reliable enough to uphold the future.

The primary materials involved in this project are:-

The pin known as PD0 of microcontroller is connected to the PIR sensor. Each and every form of objects emit some infrared rays.

The initial state of PIR sensor will be in high condition. After the process of detection of Infrared rays it makes transition to low state.

Write a C Program for linked list to display a menu containing the following functions:-update, print,deletenode,addnode and finally open file.

Basically, it is an 8-bit Reduced instruction set computer microcontroller device manufactured by the company ATMEL.

This peculiar architecture was proposed by two Norwegian students and was again remodified at ATMEL Norway.

ATMEL Norway was like the subsidiary of ATMEL manufactured by two intelligent architects.

Each port has specifically three registers:-

It is done with the aid of Serial Peripheral Interface.

A vast majority of the ATMEL chips have a separate bootloader memory region. Here the reprogrammed code resides.

At power on, the bootloader runs- first and takes the decision whether to boot the main program or to initiate reprogramming code.

The application of software can be an effective means of assistance before implementing the actual physical hardware design.

The software packages that provide the property for simulation are:-

ATMEL Studio makes use of assembly level language to manipulate the internal registers within the AVR core.
HAP sim: A collection of virtual devices that connect to AVR studio

b.)Synchronous:- In the same clock cycle serial communication is done.

d.)Receiver:- AVR gets data through hardware

It comprises the master to slave serial protocol having a clock input(synchronous).

The three main components are:-

Since the transfer of serial data takes place forth and back SPI interface is known as a bidirectional shift register.

The master can only assign as many as slaves as the number of extra output pins provides, it cannot simply exceed. This is achieved by utilizing a different decoder.

2. If no internal USB is there then an external USB can be  interfaced

3.FOr little functionality and lower speeds, the only firmware is needed.

It gives access to an on-chip property of debugging.

Various types of JTAG are:-

Was unable to deliver the four secondary pins responsible for debugging(JTAG).

If the firmware is absent then there is not much a microcontroller can do.

A number of languages can be used for coding purposes namely:- 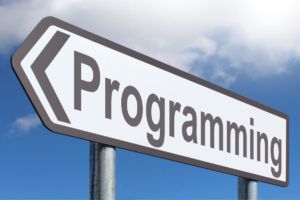 The primary objective of this project is to inject uninterrupted power supply to the mains of a power system by restoring power from any alternative resources such as an inverter, solar, wind or any such means. Primarily The 8051 microchip is being utilized in this project. The power coming out is fed to the relay IC section. If the mains stop working then the next alternative resource is utilized which could be a wind turbine, solar panel and so on. The present working state is displayed on the LCD screen.

It is used to convert 230V AC to DC current according to instrument specifications.

A device that allows AC current to be converted into the Direct current which flows in one direction only.

It is a device that sends signals that are generated electrically between two separate devices.

It is a semiconducting device which has the properties of a bistable switch. The conducting stage of this device starts as soon as the gate pin is triggered that is only in the reverse bias mode.

It is a comparator with reference level set a zero. It is a device used to find the initial zero-point crossing of AC current input.

It is an electronic device used for displaying characters or binary digits. This device uses the application of light-modulating properties.

It is a chip that employs Harvard architecture primarily used in embedded systems for interfacing various devices.

Write a C program to add two-dimensional matrices by fixing the row and column size as 2 using macros?

This program takes two matrices of order r*c and stores it in a two-dimensional array. Then, the program adds these two matrices and displays it on the screen.

It is so called ARM as it is discovered by the British company ARM holdings.

This architecture can be specifically useful for supercomputers as it is very efficient in multitasking.

This is particularly reduced set instruction computer. It is used a lot and prominent in 32-bit architectures.

Some prominent types of ARM processors:

The company constantly releases an update in order to tweak any possible bugs(errors) in the manufactured systems.

By the year of 2017 ARM processors was globally dominating the market on a very large scale selling over 101 billion units.

The ACORN computer had realized how to step up the game from simple MOS technology to the ones used by IBM. Several patents were licensed by ACORN from Hitachi.

Officially THE ACORN company release ARM in the year of 1982. The primary goal of this upgrade was to obtain low latency handling like the 6502 processor.

The primary  ARM application was acting as a secondary processor.

There had been a collaboration between Apple and VLSI technology to make an even more advanced  ARM core structure known as ARMv6 which was released in 1992.

While operating at a 233MHZ frequency the machine drew only 1 watt of power.

Most of the ARM processors in the 21st century allows to perform operations such as:-

These provisions were made possible by the aid of oin test action group (JTAG)  support.

For the purpose of enhancing digital signal processing multimedia applications, a new set of instructions.

This was denoted by the addition of letter “E” to the architecture model. E.g. ARMv5TEJ.

They included updated instruction sets based on unique arithmetic operations.

There are basically 16 coprocessors available within an ARM.

Only the hardware is integrated by the chip designers using coprocessors.

This came into prominence just before the advanced SIMD instruction(NEON) used nowadays.

The later versions of the ARM including the ARMv7 architecture comprised of a 3- stage pipelining process.

E.g. ARMv7TDMI and ARMv7DI were examples of the enhanced multiplier and therefore the “M” in HDMI suggests Multiplier.

It is a union of  64 and 128-bit SDMI instruction set that facilitate standard media acceleration and  applications involving signal processing.

It performs SDMI processes as well as intensive gaming and graphical tasks on the processor.

It has the ability to support:-

They Have exactly the same hardware registers such as Virtual floating pointers(VFP).

The most commonly used architecture ARMv7A comprises of:-

Used by 32- bit cores in cortex and other non-arm cores.

Used by 32-bit cores in the Cortex- R series collection.

Used by most 32 – bit cores in the Cortex – m series collection.

In this architecture(Aarch) the fundamental change includes the addition of 64 – bit architecture.

Apple company was the first to be employed in the android phone i-phone 5s.

The main advantage of this architecture was that 32-bit processes could function normally on a 64-bit Operating system.

In order to enhance the density of code compilation, some processors such as the ARMv7TDMI had employed the thumb instruction set.

3.)The data path in Gameboy is accessed through 16 – bit secondary data path which makes it convenient to put together the thumb code for the system.

Few of the ARM architectures such as ARMv6kzKZ emplots Trustzone technology which is like a secondary option to the security available on SOC.

They found applications in the following devices:-

Write a program to open a file using file operations and then add new data to the existing file and finally close it?

In this tutorial, you will learn how to Write a C program to open a file then add new data to the existing file and finally close it.
What is a File in C language?
A file represents a sequence of bytes on the disk where a group of related data is stored. A file is created for permanent storage of data. It is a readymade structure.

The function “fopen” opens a file and associates a stream with that opened file. You need to specify the method of opening the file and the filename as arguments.
After a disk file is read, written, or appended with some new data, you have to disassociate the file from the specified stream. This is done by calling the “fclose” function: